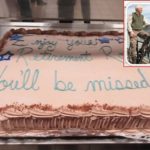 Well-wishers gathered in the Soup Kitchen dining room for Ron Krom’s retirement after nearly 12 years as executive director at SVDM. 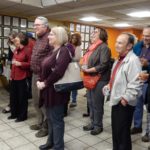 Friends, former employees, board members past and present came to celebrate. 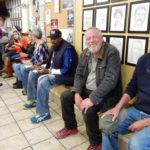 Staff and guests mingled, shared laughs and enjoyed the afternoon. 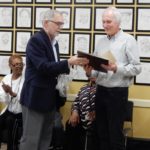 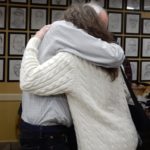 Ron hugs Bernice for a poem she wrote about Ron and to cheer him as he moves on. 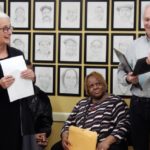 The staff presented Ron and his wife Rosa with a weekend cabin stay and zip-line adventure. They also gave Ron a framed photo of him on his bike. Ron has been known to ride his bike 5,000 miles during a year. 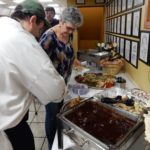 Soup kitchen Chef Jeremiah wowed the crowd with gourmet hors d’oeuvres made right in the kitchen. 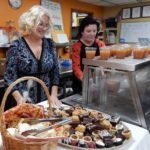 After nearly 12 years, Ron Krom retired as St. Vincent de Paul Middletown’s executive director. He was honored with a Mayor’s Citation, a heartfelt poem, a weekend get-a-way zip-lining with his wife Rosa, and lots of good wishes on Nov. 1, 2018 at the Soup Kitchen. Photos by Katie Connell from SVDM’s supportive housing staff. See video footage.

Did You See Our Latest Quarterly Newsletter?
April 11, 2019